Paving the Way to Safety: June 6th is Secure Your Load Day 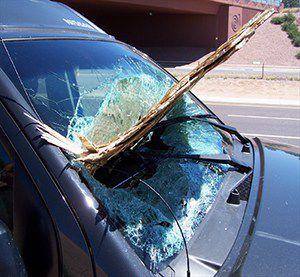 Seattle, WA,  May 25, 2021 —  Recent data released by the National Highway Transportation Safety Administration (NHTSA) on crashes caused by unsecured loads and road debris shows that there were 739 deaths, 17,367 injuries and 89,915 property damage crashes in 2019. “Too often I hear that these incidents are freak crashes; they are not, because they are totally preventable. Sadly there is very little education out there for the public like there is for commercial drivers,” says Robin Abel, founder of the Secure Your Load, a national public service awareness campaign created to educate the public on the dangers of unsecured loads and road debris.

Abel, a Seattle, Washington resident, made it her mission to fight this senseless and avoidable danger after her daughter was catastrophically injured by an unsecured load. Channeling her grief into action, Abel started a Secure Your Load movement in 2004, in an effort to raise awareness and even change the laws. Her steadfast work has created real change, like convincing President Obama and Congress to include funding for load-securing education to the states in the Fast Act of December 2015, receiving 27 Proclamations from states, cities, and counties throughout the country.

The whopping 40% or more of the litter on our roads that comes from unsecured loads also comes with a whopping 4 billion dollar price tag for our states. Abel’s tireless work to raise awareness of the dangers of unsecured loads and road debris has galvanized most of the states and districts to recognize Secure Your Load Day, which is celebrating its 5th anniversary this year, and begin educating the public on the importance of load securement, with some even beginning to employ policy to actually make our highways safer. Each state observes the day in its own unique way and used multiple agencies to get the message out.

Another success: Many states have instituted a program for charging fees at scale houses for unsecured loans. According to Abel, “The load securement law in most states allows the counties to have an ordinance for securing or covering loads carrying waste. This program has been very successful in multiple states and counties, reducing litter, educating the public, and generating income to continue to educate citizens on the importance of load securement. I want to thank them for their efforts to educate and enforce the law on load securement,” says Abel, who has single-handedly led the charge to shift the traffic safety paradigm.

Of late, Abel has turned her attention to national companies and their portrayal of road safety. “There is no entity that reviews or monitors the safety depicted in commercials. Most recently, I have contacted several national companies and had their commercials pulled because they had unsecured loads in their commercials which sets a bad example to the public,” says Abel who adds: “If you see an unsecured load in a commercial, contact the company’s media group and let them know. In most cases, they will be receptive. Speak up and be bold. Tell them to Secure Your Load.”

On June 6th, in honor of those whose lives have been impacted or taken by unsecured loads and road debris and in an effort to make load-securing a standard practice, Abel urges everyone to share and heed this urgent traffic safety message. This simple precaution will save lives.

Here’s how Abel recommends to properly secure your load in five easy steps:

2.      Tie large objects directly to the vehicle or trailer.

3.      Cover the entire load with a sturdy tarp or netting.

Abel also adds, “We put on our seatbelts and fasten our children in car seats so why is it that we think it’s OK to leave anything loose in the bed of our trucks and risk endangering others on the road? A 20-pound object at 55 MPH has a force of 1000 pounds at impact. ‘Secure Your Load’ as if everyone you love is driving in the car behind you.”

For more information, go to www.secureyourload.com or go to youtu.be/xvhCGZIF1nU to see a recent PSA.